Posted by I_am_a_Spoon | Gaming | No Comments

It’s been ages since our last update (just over four months to be exact), and we’d like to apologise for the delay in administering some necessary fixes. The team has been extremely busy of late… and progress has been frustratingly slow. That said, here we are.

The 2013 ModDB Mod of the Year competition has now officially begun, so first we’d like to take a moment to reflect (and maybe convince you to swing a vote our way).

Modern Combat was first released one and a half years ago, and it’s been over six years since development first began in 2007. Throughout that time our team has changed dramatically, with many different people from all over the world contributing their time and effort to this project. Since release (an enormous accomplishment in and of itself), we’ve continued to improve and fine-tune with bug and balance fixes, new maps, units, abilities and weapons, sound and visual FX overhauls, a singleplayer mission, hardcore modes, a Mumble server, multiple tournaments, a brand new site and even a USMC faction, all requiring innumerable hours of work to accomplish. Key to our success has been our fantastic community, which while smaller than it once was is still going strong despite the June release of CoH 2. Thank you all for your continued support!

If you could vote for us we’d really appreciate it. We’ve made the top ten list for the past two years running… a third would be incredible. 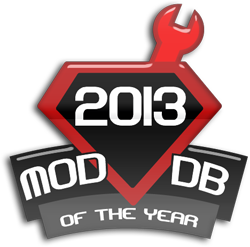 Ok, so we’ve made some major balance alterations in 1.017. Many of these changes will have significant implications for existing units, and we’d just like you to be aware of them before diving in. Any feedback, suggestions or insight you can offer regarding these changes (ideally on our forums) will be greatly appreciated. Like them? Hate them? Have a better idea? Let us know!

First of all, squads can no longer purchase multiple special weapons of the same type. This new restriction applies to M249 and M27 LMGs, QBU-88 marksman rifles and M25 grenade launchers.

However, most squad special weapons have also been increased in both power and cost by 20%. In addition to all four weapons already listed, this +20% buff also applies to QBB-95 LMGs and Type 74 flamethrowers. Airborne now deploy with only a single M14 EBR, but said weapon is now much more powerful at long range and weaker at short range (comparable to the QBU-88). 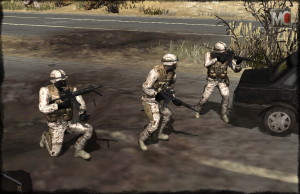 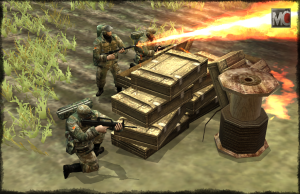 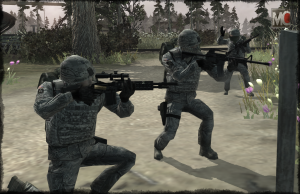 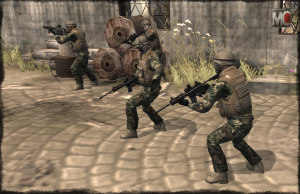 Secondly, both US and PLA snipers have been completely overhauled and the playing field has been levelled significantly. Many players will be happy to hear that the old US camouflage mechanic has been discarded, and that all snipers now share the same health, cost and camouflage capabilities.

The camouflage mechanic previously exclusive to hardcore mode (for over a year, please don’t accuse us of copying CoH 2!) is now standard for all snipers; snipers camouflage automatically when in cover, even if moving, and remain camouflaged for several seconds after exiting cover.

The “Spotter” mechanic from hardcore mode has also been reworked and made standard. Any sniper can now be upgraded and reinforced with a spotter to form a two-man sniper team, which both increases the sniper’s survivability and provides him with some additional reconnaissance capabilities (for example, the ability to see the full range of his rifle without a second scouting unit).
Note that if a two-man sniper team sustains a casualty, the sniper will always die first. This is not a bug; it’s a mechanic intended to mitigate balancing issues and allow a sniper team to be ‘neutralised’ with a single counter-snipe.

Some other highlights include:

2. The replacement of the “Eye in the Sky” MH-6 Little Bird with an MQ-1 Predator drone.

3. The addition of a T2 “Up-Armour” upgrade for the Humvee, allowing it to remain viable for far longer each game.

4. A fix for the pervasive Yonxing Dao singleplayer crashes (finally). 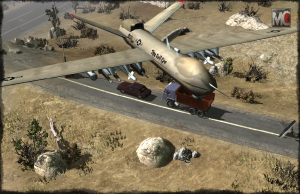 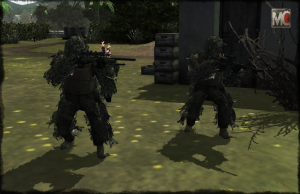 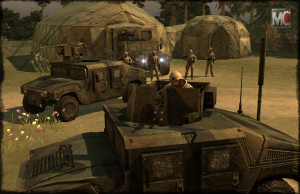 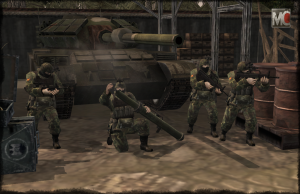 Well, that’s it for now, hopefully we can return to a more regular update schedule soon. We really hope you enjoy the patch and especially look forward to your feedback regarding some of the more salient changes in 1.017. We try to respond to every single question or suggestion that you guys post, but please remember that you’re much more likely to get a punctual response if you use our forums; it’s all too easy for posts on Mod DB and other secondary forums to be (unintentionally) overlooked.

Don’t forget to vote for us, as well as all the other great CoH mods out there! A special shout out to the makers of the Far East War mod; congrats on the successful beta launch!